Why would we want to give up a convenient and secure lifestyle in order to do something completely insecure and potentially inconvenient like building and living in a tiny house?

We had a good life in Sydney. We had jobs and a very nice apartment in a popular suburb and we tried to live green-ish. I started little gardening projects and converted our balcony into a herb- and tomato plantation. Then I made a small compost from an old bin for our food scraps. I also tried to recycle and re-purpose as much as possible to avoid waste. At the same time, Paul started experimenting with renewable energy. He built a solar oven which actually worked. Paul even built a mini-biodigester to create biogas. He also a bought a full-size solar panel which powered our TV and charged up our phones. You should have seen our balcony, it was so packed with solar stuff and plants!

Our efforts of living green weren’t bad considering that we were living in the middle of a busy city. But still, at one point our little projects wouldn’t cut it anymore. Also, we ran out of space on our balcony!

Trying to live off-grid but not being able to, was one reason for leaving Sydney. Another reason was the noisy city. We lived right next to a busy main road and close to the airport. Sometimes we had to pause conversations because we couldn’t understand a word. So we tried to escape the noise as often as possible. We spent most weekends outdoors at the beach or camping somewhere. But at some point, even that wasn’t enough anymore. We needed change, somewhere quiet!

Why build a tiny house on wheels?

We could have moved to the countryside and live in one of those gigantic Australian houses with too many bedrooms, right?! But that’s not what we’re after. We’re after simplifying our lives, not accumulating more stuff. We want to live off-grid and utilise renewable energies. Especially since Australia has plenty of renewables to offer.

The problem is that in order to go off-grid one has to own the house he or she is living in. But first of all, we can’t afford to buy a house and most importantly, we don’t want to drag a mortgage along with us for the next 30 years.

We want flexibility, independence and therefore need an alternative!

How did we stumble across tiny houses?

One day while browsing the WWW for renewable energies, Paul stumbled across a video about a tiny house on wheels. We loved the concept instantly!

We soon started watching every video there is about tiny houses, tiny living and the tiny house movement. I’m not kidding when I write this. We were obsessed with tiny houses!

The idea of living in a small space with only the things we really needed was fascinating for us. This concept seemed to tick all the boxes.

All we wanted seemed to be doable with a tiny house. Yes, I know it’s not that black and white. Tiny houses aren’t the answer to everything. People are able to achieve some of the items on the above list without a tiny house but the financial aspect is a valid point! Especially in an expensive city like Sydney where it is almost impossible for first home buyers to afford a mortgage to be able to buy a house.

Tiny houses are certainly worth considering because they build an alternative to the housing madness in Sydney.

Did we just decide to build a tiny house on wheels?

Building a tiny house seems like a no-brainer and we wanted to do it. But there were also lots of concerns and questions. Where would we build the tiny house? Do we have the money to afford it? Are we really leaving Sydney? Where would we move to? Will we find jobs in this new area?

The list is endless. All these questions stalled our decision making. Should we really take this risk? Is it worth risking our safe existence for a weird idea? After all our life is good the way it is at the moment. It could have just gone on like this forever. But I think that we also have to ask ourselves is: Wouldn’t life be very boring if we never took any risks but lived in our comfortable routine year in year out?

Let’s take a risk every once in a while

According to Margi Warrell, people regret later in life that they never took any risks when they had the chance to. In her article Take a risk: The odds are better than you think she points out that the most common reason for people not taking risks is that they “over-estimate the probability of something going wrong”. Furthermore, people tend to “exaggerate the consequences of what might happen if something does go wrong”. She refers to this as catastrophizing.

I agree with her. I think Paul and I did a lot of catastrophizing ourselves. Common questions we would ask ourselves included “What if the house is too tiny and we hate living in it?” or “Will we still have some personal space?” or “What if we want to multiply”.

But taking risks can also be a positive thing. In a few years from now, we might regret that we never tried it. I also never felt that we took that big a risk. It’s not like we wanted to move to the North Pole to go on an epic journey to find Santa Clause! We simply wanted to downsize, live off-grid and move to a quieter place. This doesn’t sound too crazy to me!

The beauty of Plan B

I also think that we can control our risks to a certain degree. If we have a solid plan and don’t just chase after an idea blindly, I believe that it’s possible to minimise the risk of failure. Perhaps even create a backup plan?

Our backup plan was to postpone the tiny house build and to move to the Gold Coast or Brisbane, find jobs and live a normal apartment life until we’re ready to start building or continue building or whatever the problem might be. We have friends and family in both places, so we felt quite good about this.

It’s still a big step. But obviously, this is what we wanted since we kept watching tiny house videos and kept talking about living in a tiny house. So at one point, I guess, we were sick of talking and decided to do it!

We have watched so many people from all different backgrounds and of various age build a tiny house. If they can do it, we can do it! We wanted change and now we would get it. We’re so excited and happy about our decision!

Where to build our tiny house

The next step was to find a build site/area to move to.  Truth is, that we couldn’t leave Sydney fast enough but we also weren’t sure where to go. One year ago we were ready to move to Adelaide. Everything was booked and organised but then we had to cancel everything because of work-related reasons.

We were a bit clueless until we visited friends in the Byron Bay area for Easter. I knew immediately that this gorgeous spot was where I wanted to live. The area is so beautiful but also though when it comes to finding employment and accommodation.

Byron is a popular holiday destination but doesn’t have a lot of industries other than tourism, hospitality and trades. Also, Byron is as expensive as Sydney because of its’ popularity. So we weren’t sure if it’s smart to move here. On the other hand, this area sounded so promising since a lot of people here believe in sustainability and a healthy, environmentally-friendly way of living.

Well, what can I say, at some point, we just literally said: “Fuck it! Let’s just do it!”. So one day we packed up our things and drove up to Byron. From there on everything just sort of fell into place.

We were lucky enough to be able to stay with our friends again initially. We’re very grateful that they put up with us and our cat! It is also thanks to our friends that we have found our cute little studio cabin with ocean views. We can even build our tiny house on the same land! On top of that, we were even able to sort out employment. I found work in town and Paul was lucky enough to find a work from home job as IT support using his Sydney contacts.  We surely landed on our feet.

More than three months have passed since we moved here and things are sweet. I’m glad that we were brave enough to follow our dream. It probably also helped that we had a backup plan. It took a lot of pressure off our tiny house plans and made us feel more relaxed.

I know that every tiny house story is different. There are certainly more things to consider than the ones I have pointed out. However, I’m really glad that we stopped catastrophizing and instead had the balls to jump into the unknown.

This is our story so far. It started out with a crazy idea of living tiny and green, followed by endless research and lots of discussions but we got there in the end and haven’t looked back since! 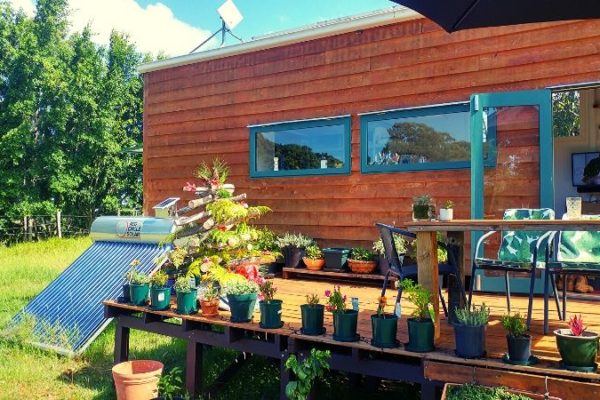 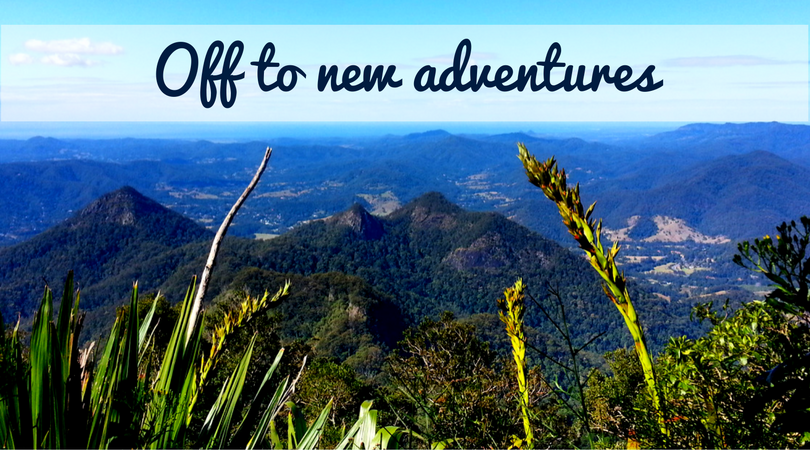