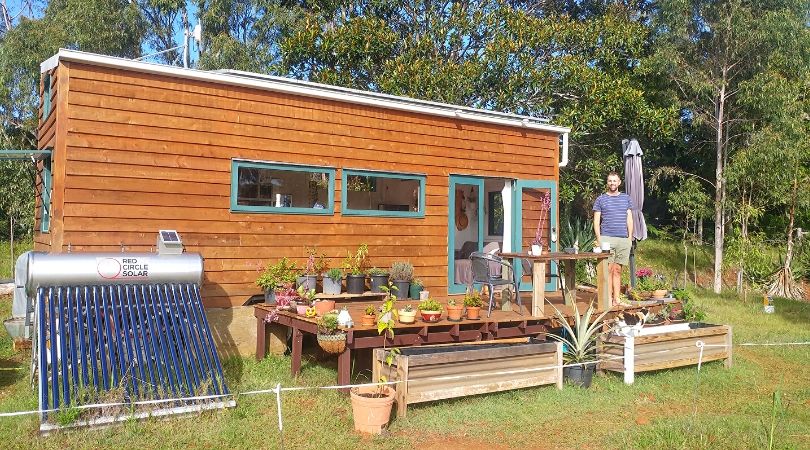 Our unit consists of a 165L water tank, 21 evacuated tubes and an aluminium stand. We installed our solar hot water unit over 1,5 years ago. Ever since then, the unit has been reliably heating water for us every day. There is no maintenance involved. We don’t have to do anything other than open the tap and use the hot water. It’s amazing.

Mind you, the performance of our solar hot water unit is only as good as the weather outside. We live in subtropical Australia, so the sun is out on most days of the year. It only happened once so far that we ran out of hot water. This was during a week of overcast, rainy and cloudy weather in the middle of the wet season. The wet season in the Northern Rivers is usually in summer from December to February or March. As a consequence, our water was only lukewarm instead of piping hot. Luckily, the average temperature during the wet season is around 28 degrees Celcius with an average humidity of 80%. Really, it’s pretty hot, so we didn’t mind a cool shower.

Where to buy a solar hot water unit from?

We bought our unit from Red Circle Solar, they are located in Victoria, Australia. But if you google solar hot water units, I’m sure you’ll find a retailer in your area.

Most units are commonly mounted on a roof but since our roof is already full with solar panels we were looking for a ground-mounted unit. In addition to that, we wanted a unit with evacuated tubes. Evacuated tubes are the most efficient when it comes to heating water due to a vacuum within the tube that acts as an insulation barrier between the internal tube and the external air. Since Red Circle Solar had the product we wanted, we bought our unit there.

We can only recommend them. Their customer service is great, they’re affordable, shipping was timely and their product works flawlessly.

How does a solar hot water unit with evacuated tubes work?

There are three components, evacuated tubes, a copper pipe and a manifold. Each evacuated tube consists of an outer and an inner layer. As the sun hits the evacuated tubes, the external layer lets heat pass through it. The inner layer absorbs solar energy and converts that energy into thermal energy. A vacuum between the two layers ensures that the incoming heat can’t escape as it acts as an insulation barrier. The amazing thing is that an evacuated tube can be over 200 degrees Celcius on the inside, but the outside will be the same as air temperature.

That’s our solar hot water unit in nutshell. Leave a comment if you have further questions. 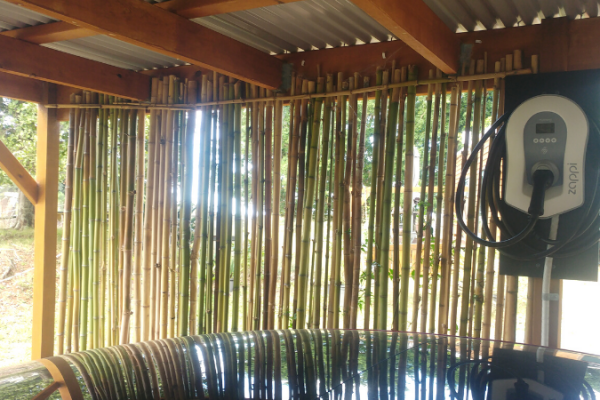 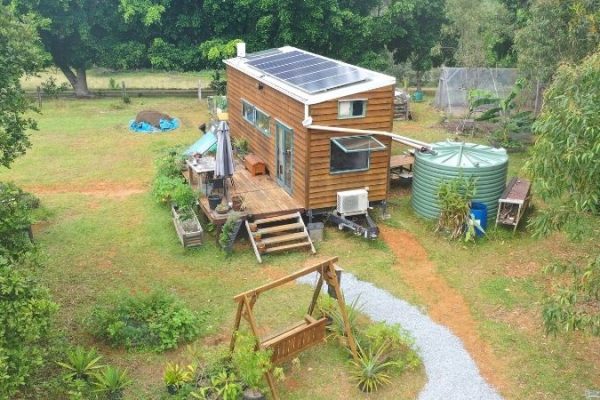 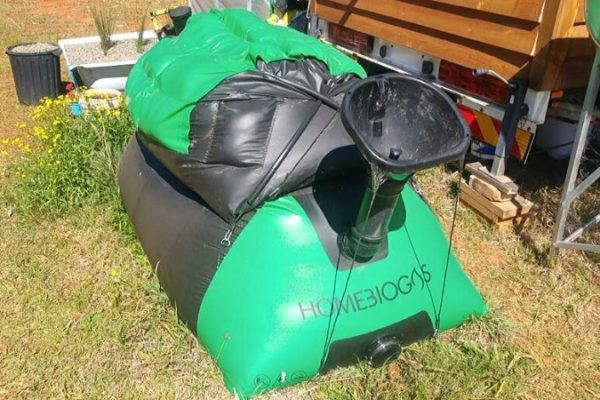